Carl Cox is a British house, techno, DJ and producer. In the 1980s Cox was a hardcore/rave DJ, and eventually became a mainstay DJ in the electronica industry. He performed at numerous clubs and also served as a monthly DJ for BBC Radio One‘s Essential Mix.

Cox formed two record labels and now performs on his own stage yearly at various music festivals. He was voted the No. 1 Rave DJ in 1992 and No. 1 DJ in the World in 1996 and 1997 by DJ Magazine. He is an eleven time DJ Awards winner, three time International Dance Music Awards winner and an NME Award winning artist.

He is currently ranked the No. 1 Global Techno and Techno House DJ by the DJ List.

We stock an awesome Carl Cox Concert Poster from his Australian Tour in 2007. 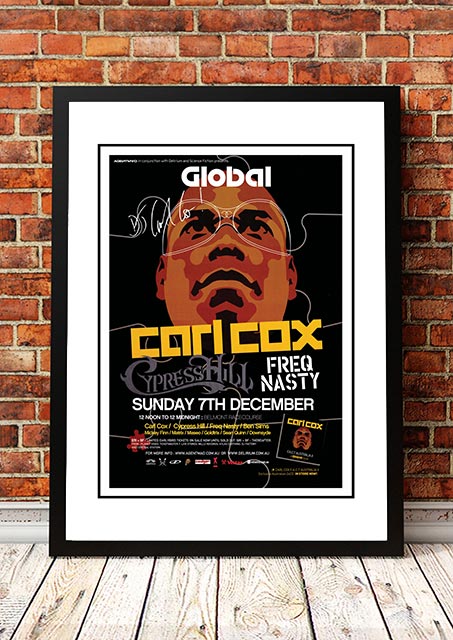