Michael Franti was adopted at birth by white parents in the predominantly black community of Oakland, California.

That set of contradictory circumstances instilled in him a hyper-awareness of his own cultural identity, as did the sobering fact that his more thoughtful, less provocative style of expression was not accepted by the African-American audience that had embraced a harsher, more combative faction of the hip-hop movement.

Since his days as a member of the Beatnigs while in his early twenties, Michael Franti grew from an angry young hip-hopper with a political, socially conscious bent (the Disposable Heroes of Hiphoprisy, Spearhead) to a man who channeled his seriousness, social unease, and desire for change and merged them with his love of music, particularly old-school R&B, soul, and hip-hop.

What he left behind in brash, make-some-noise aesthetic, he gained in compassion. And through his use of his own raw power, charisma, sex appeal and sense of social injustice, he carried out in his music a community-generated passion in much the same way as Gil Scott-Heron or Marvin Gaye. 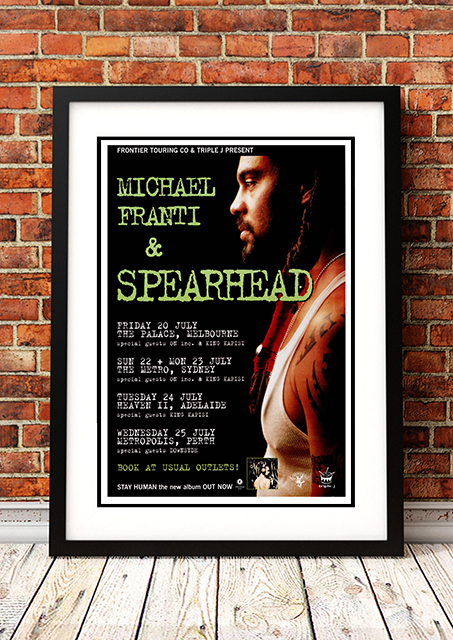