In many ways, Def Leppard were the definitive hard rock band of the ’80s.

There were bands that rocked harder, but few captured the spirit of the times quite as well.

Emerging in the late ’70s as part of the New Wave of British Heavy Metal, Def Leppard gained a following outside of that scene by toning down their heavy riffs and emphasizing melody.

After a couple of strong albums, they were poised for crossover success by the time of 1983’s Pyromania, and skillfully used the fledgling MTV network to their advantage.

They reached the pinnacle of their career with 1987’s blockbuster Hysteria, then had another big hit, 1992’s Adrenalize, that defied the mainstream turn toward grunge.

After that the band settled into a pattern of touring exhaustively and releasing an album every few years, maintaining a steady audience and occasionally surprising fans with an album, like 2008’s Yeah!, that harked back to the sound of their glory days. 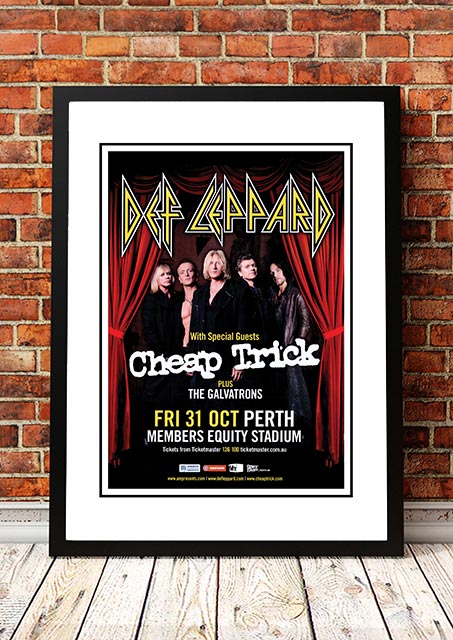