Shortly after his birth, his family moved to Cork City in the south, and at age nine he became fascinated with American blues and folk singers he heard on the radio.

Gallagher would always try to mix some simple country blues songs into his recordings.

He began his recording career after moving to London, when he formed a trio called Taste. The group’s self-titled debut album was released in 1969 in England and later picked up for U.S. distribution by Atco/Atlantic. Between 1969 and 1971, with producer Tony Colton behind the board, Gallagher recorded three albums with Taste before they split up.

He began performing under his own name in 1971, releasing his 1970 debut, Rory Gallagher, for Polydor Records in the U.K. The album was picked up for U.S. distribution by Atlantic, and later that year he recorded Deuce, also released by Atlantic in the U.S. 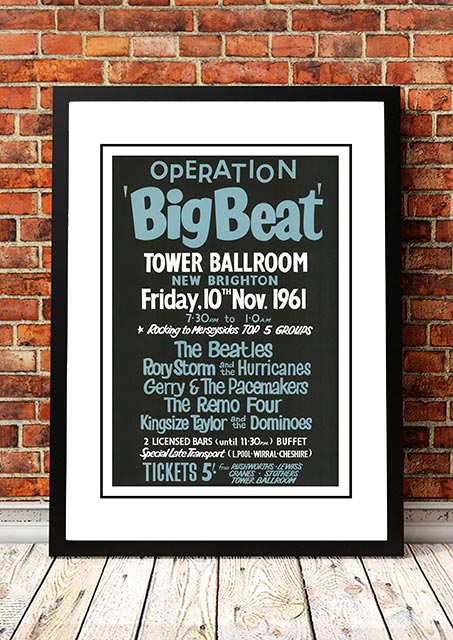 The Beatles / Rory Storm / Gerry and the Pacemakers ‘Tower Ballroom’ New Brighton, UK 1961
Back To Top
×