Deep Purple survived a seemingly endless series of line-up changes and a dramatic mid-career shift from grandiose progressive rock to ear-shattering heavy metal to emerge as a true institution of the British hard rock community.

Once credited in The Guinness Book of World Records as the globe’s loudest band, their revolving-door roster launched the careers of performers including Ritchie Blackmore, David Coverdale, and Ian Gillan.

Initially dubbed Roundabout, the group was first assembled as a session band for ex-Searchersdrummer Chris Curtis but quickly went their own way, touring Scandinavia before beginning work on their debut LP, Shades of Deep Purple.

The most pop-oriented release of their career, the album generated a Top Five American hit with its reading of Joe South’s “Hush” but otherwise went unnoticed at home.

The Book of Taliesyn followed (in the U.S. only) in 1969, again cracking the U.S. Top 40 with a cover of Neil Diamond’s “Kentucky Woman.”

With their self-titled third LP, Deep Purple’s ambitions grew, however; the songs reflected a new complexity and density as Lord’s classically influenced keyboards assumed a much greater focus.

Soon after the album’s release, their American label Tetragrammaton folded, and with the dismissal of Evansand Simper, the band started fresh, recruiting singer Ian Gillan and bassist Roger Glover from the ranks of the pop group Episode Six. 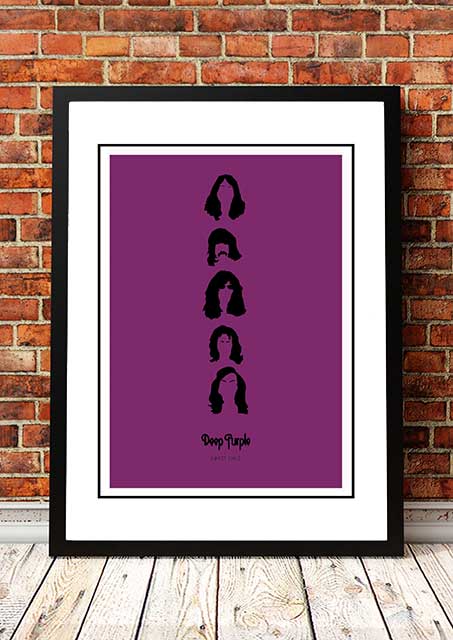