Stone Temple Pilots were able to turn alternative rock into stadium rock; naturally, they became the most critically despised band of their era. Accused by many critics of being nothing more than ripoff artists who pilfered from Pearl Jam, Soundgarden, and Alice in Chains, the bandmates nevertheless became major stars in 1993.

And the influence of those bands was apparent in their music, although Stone Temple Pilots did manage to change things around a bit. STP were more concerned with tight song structure and riffs than punk rage.

Their closest antecedents were not the Sex Pistols or Hüsker Dü; instead the band resembled arena rock acts from the ’70s — they made popular hard rock that sounded good on the radio and in concert.

No matter what the critics said, Stone Temple Pilots had undeniably catchy riffs and production; there’s a reason why over three million people bought their debut album, Core, and why their second album, Purple, shot to number one when it was released.

Tiny Music…Songs from the Vatican Gift ShopFollowing the success of Purple and its accompanying tour, the band took some time off, during which the group’s lead singer, Scott Weiland, developed a heroin addiction.

In the spring of 1995, he was arrested for possession of heroin and cocaine, and was sentenced to a rehabilitation program. Following his completion of the program, Stone Temple Pilots recorded their third album. Released in the spring of 1996, Tiny Music…Songs from the Vatican Gift Shop, entered the charts at number four.

Shortly after its release, Stone Temple Pilots announced that Weiland had relapsed and entered a drug rehabilitation facility, thereby canceling the group’s plans for a summer tour.

Weiland’s drug problems and the group’s inability to support Tiny Music with a tour meant that the album couldn’t replicate the success of its predecessors — by the end of the summer, it had fallen out of the Top 50 and stalled at platinum, which was considerably less than what the group’s two previous albums achieved. 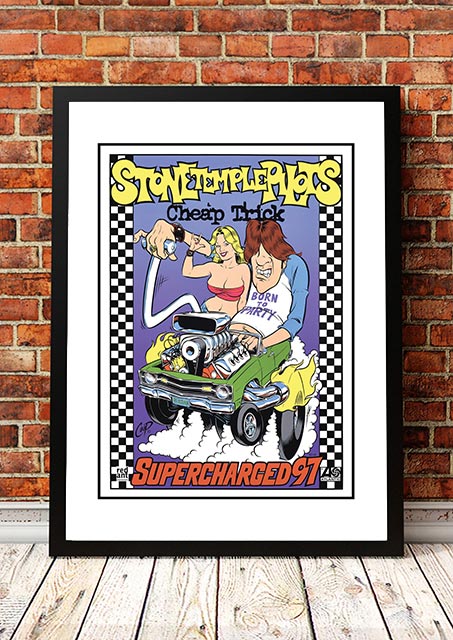