Cyndi Lauper is an award-winning American singer-songwriter who rose to fame in the 1980s with a string of pop hits such as ‘Girls Just Want to Have Fun’. Cyndi Lauper burst onto the charts with her debut album, She’s So Unusual (1983). She scored a string of hits that included “Time After Time” and “Girls Just Want to Have Fun” and won the 1984 Grammy Award for best new artist. With her eclectic clothes, flamboyantly styled hair and contagious pop melodies, Lauper has cemented herself as a music icon, having sold over 50 million albums worldwide.In June 2013, Lauper’s musical Kinky Boots won six Tony Awards, including for best musical, which makes Lauper the first female to win this category by herself. We stock some awesome Cyndi Lauper Prints. Available in different sizes and printed on high quality 210gsm paper, you’ll find no unsightly pin holes, stains or creases. In fact, they look like they could have come straight off the press from the original print run. Will look fantastic framed on your man cave, office, bar or living room wall.
Product categories 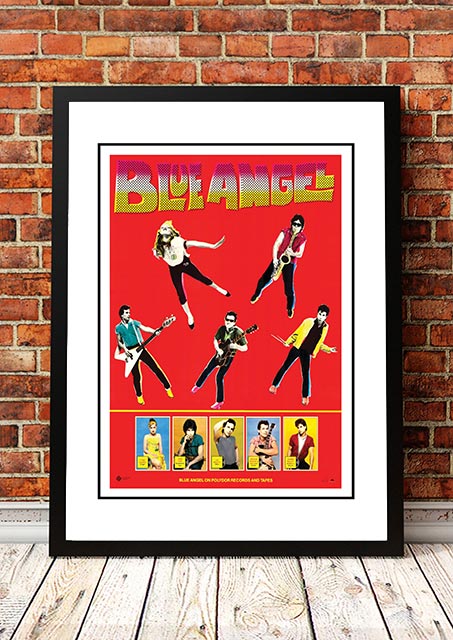 Blue Angel (Cyndi Lauper) In Store Poster 1980
Back To Top
×