With their unlikely but fascinating mix of arty concepts and raw sounds, the White Stripes were among the leaders of the early-2000s garage rock revival and helped define the sound of 21st century rock as the decade progressed.

Jack and Meg White’s clever use of limitations from their lineup to their instrumentation to their red, white, and black color scheme, maximised their creativity, allowing them to bring a surprising number of facets to their seemingly back-to-basics approach.

Meg’s straight-ahead, minimalist drumming complemented Jack’s freewheeling guitars and vocals perfectly, and their music touched on not only on obvious forebears such as the Gories and the Stooges, but also Son House and Blind Willie McTell’s mythic blues, Led Zeppelin’s riffs, the Gun Club’s unhinged punk, and the timeless storytelling of country and folk legends such as Loretta Lynn and Bob Dylan.

The breadth of their sound and their fondness for mystique — they said the Dutch design movement De Stijl was as an important an influence on them as any musician, and claimed to be siblings even though they were actually a married couple until 2000 gave the White Stripes more staying power than many of their contemporaries.

As they grew from a pair of Detroit kids on their 1999 self-titled debut to international rock stars responsible for a trio of Grammy-winning albums (2003’s Elephant, 2005’s Get Behind Me Satan, and 2007’s Icky Thump), they always remained true to their ideals. 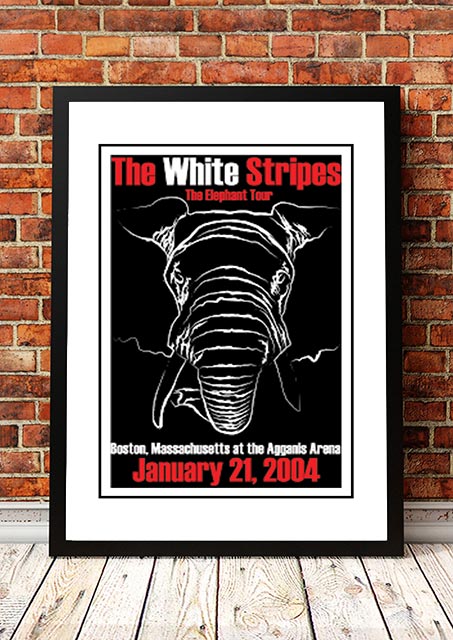 The White Stripes ‘Agganis Arena’ Boston, USA 2003
Back To Top
×