Born on March 25, 1947, in England, Elton John’s unique blend of pop and rock styles turned him into one of the biggest music icons of the 20th century.

He excelled in music from a young age, and released his first self-titled American album in 1970, making him a huge international star.

Some of his most famous hits include “Crocodile Rock,” “Philadelphia Freedom” and “Candle in the Wind.”

He also found success on Broadway, composing the score for Billy Elliot (2008), which went on to win 10 Tony Awards.

We stock a couple of awesome Elton John Prints.

FREE SHIPPING ON ALL ITEMS WITHIN AUSTRALIA 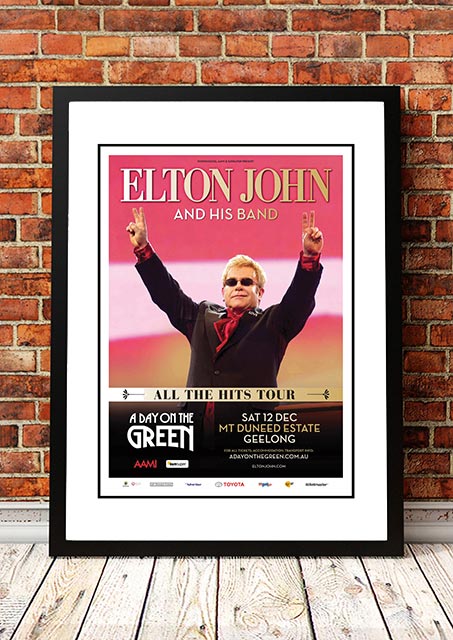