Three members of The Zarsoff Bros (Izzy, Bernie and Terry) were playing as The Robin Lee Sinclair Band in 1979, backing a singer (Robin Lee Sinclair) doing disco versions of every kind of song that moved. The band was very popular in the club circuit, but Izzy started to yearn for an outlet for his comedy material.

The three future Zarsoffs started doing some low key gigs away from Robin Lee Sinclair, as The Likker Act. When Robin found out, he demanded exclusive loyalty.

Izzy, Bernie and Terry got pissed at the Royal Sheaf Hotel in Double Bay one afternoon, and went to visit Robin. Izzy Told him where to stick his exclusive loyalty, and the 1979 version of The Zarsoff Bros was born.

After a few gigs, the boys decided they needed a fourth member. There was a Bluey who rehearsed a lot with the band and did maybe one gig, but he proved to be too serious a musician and wasn’t too fond of the bizarre onstage antics of the other members.

He soon departed and the real Bluey Zarsoff joined, just before the band headed to Cairns for a six week stint at Caesars Palace. In fact, this Bluey only did one gig before Cairns, at The Bondi Tram, then feel headfirst into the mayhem.

This was the 1979 version of The Zarsoff Bros because, unknown to Izzy Foreal, there was a band with this name who recorded a single some time in the early 1970s.

This band consisted of members from popular bands of the time, who got together to release a record under the name The Zarsoff Bros. This band never performed live as far as is known, and the whole thing was meant to be a one-off joke.

The Zarsoff name, of course, has been around as a joke for ages. Many of Izzy’s road crew members had Zarsoff names in previous bands.

In fact, Dave Ovenden, drummer with The 69ERS when Izzy was known as Peter Knox and that band’s bass player, used to often call out over the microphone: “A message for Mister Bluey Zarsoff, please refrain from leaving skid marks in the car park”.

Anyway, it was the 1979 Zarsoff Bros who went on to carve themselves a reputation as a rude, crude, offensive, irreverent and extremely funny band throughout the 1980s.

The 1979 line up came to an end when Izzy went to Tweed Heads to play bass with The Bullamakankas. After about eight months and one Bullamakankas album, he returned to Sydney and formed the next version of The Zarsoff Bros.

This version featured Rocky on drums, Smokey on lead guitar, Izzy on bass and Bernie on keyboards. Bluey returned after a few months, and Rudi joined on saxophone not long after.

This classic line up carved its way through the Sydney live scene for some time, creating the legend that still lives on in many drug addled minds. 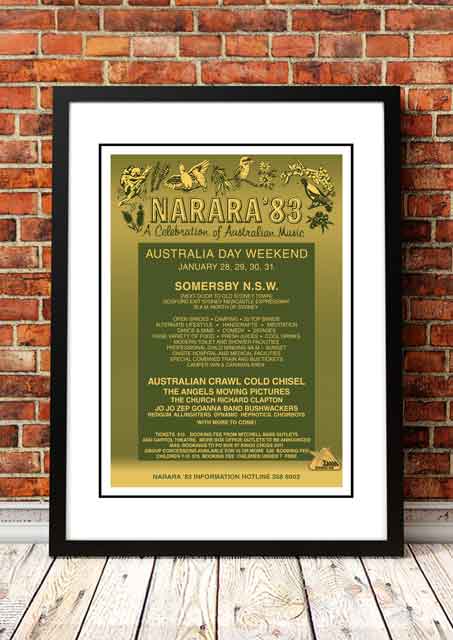