Suzi Quatro was hardly the first Tough Girl in rock & roll — there were plenty of precursors, from Wanda Jackson and the Shangri-Las to Grace Slick and Janis Joplin — but Quatro codified a type of rock & roll woman who didn’t exist before she took the stage, one who looked as tough as the guys and wasn’t merely a singer but also an instrumentalist, the leader of the band who made the noise right along with the rest of the group.

With her trademark leather jumpsuit and big bass guitar (which seemed even bigger given her diminutive stature of just five feet), Quatro created a new and potent image for women in rock, one that spoke of both strength and sexiness, and she became a major international star in the ’70s, though it would take a while before she was as readily recognized in the United States as in the United Kingdom.

We stock a couple of awesome Suzi Quatro Prints. 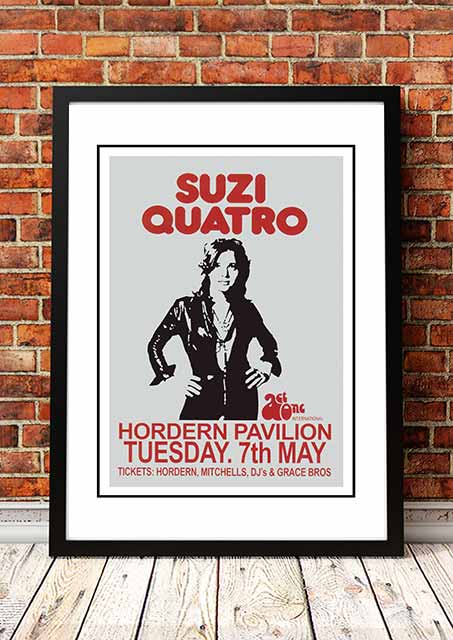