One of the seminal figures of new wave, Adam Ant (born Stuart Leslie Goddard) had several distinct phases to his career.

Initially, he explored jagged, guitar-oriented post-punk with his group Adam and the Ants before giving way to a more pop-oriented, glam-tinged musical direction that brought him to the top of the charts.

After that had run its course, he refashioned himself as a mainstream singer, which enabled him to stretch his career out for a couple of years.

Once it seemed like his musical career had evaporated, he made an unexpected comeback in the early ’90s as an adult alternative artist.

During all this time, he recorded several great pop singles and had a surprisingly large impact on alternative rock.

We stock an awesome Adam and the Ants Band Concert Poster. 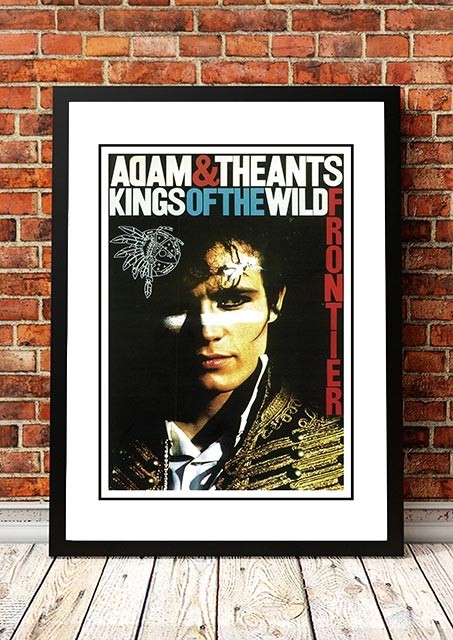