A group of “brothers” from Forest Hills, Queens, the Ramones helped invent punk rock by mastering a simple but extremely effective sound — a combination of speedy grooves, sing-along tunes and deadpan lyrics that achieved a kind of boneheaded genius.

The sound influenced thousands of bands, and proved so durable that the Ramones more or less stuck to it for their entire career.

The Ramones formed in 1974 after the foursome graduated or left high school in Forest Hills, New York.

The original lineup featured Joey on drums, Dee Dee sharing guitar with Johnny, and Tommy as manager, but they soon settled on their recording setup.

Their name and pseudonym came via Paul McCartney, who had briefly called himself Paul Ramon back when the Beatles were the Silver Beatles.

We stock some awesome Ramones Prints. 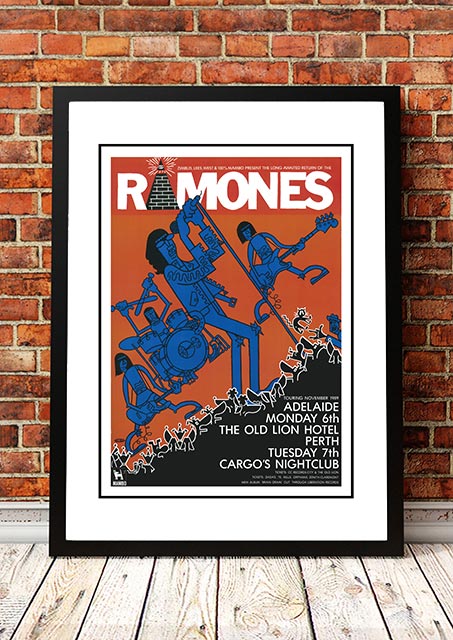