Madonna is the most media-savvy American pop star since Bob Dylan and, until she toned down her press-baiting behaviour in the Nineties, she was the most consistently controversial one since Elvis Presley.

Madonna later positioned herself as a doting mother and charitable international citizen, but to her detractors, she merely reinforced the notion of “woman as plaything,” turning the clock back on conventional feminism two decades.

One thing, however, is rarely disputed: At nearly every turn, she has maintained firm control over her career and image.

We stock some awesome Madonna prints. 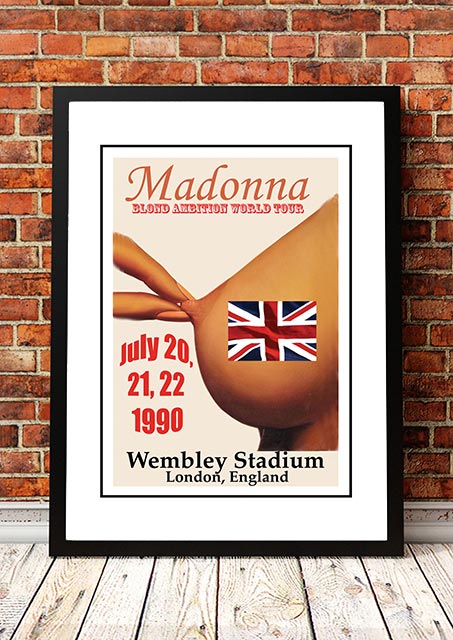