Muhammad Ali (born Cassius Clay) was a boxer, philanthropist and social activist who is universally regarded as one of the greatest athletes of the 20th century.

Ali became an Olympic gold medalist in 1960 and the world heavyweight boxing champion in 1964.

Diagnosed with Parkinson’s disease in 1984, Ali devoted much of his time to philanthropy, earning the Presidential Medal of Freedom in 2005. Ali died on June 3, 2016. 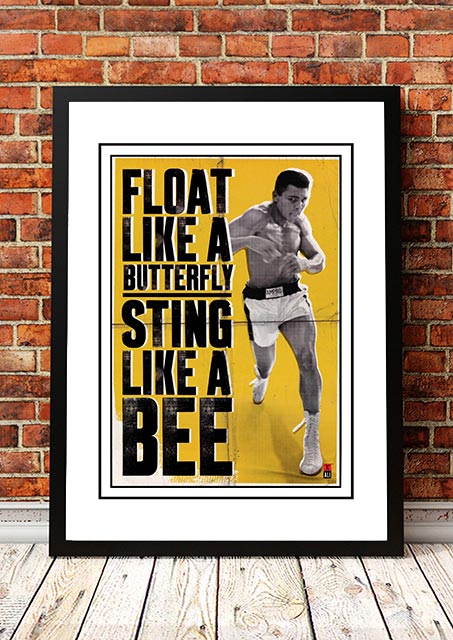 Muhammad Ali ‘Float Like A Butterfly’ Poster
Back To Top
×