George Thorogood’s “high-energy boogie-blues” sound became a staple of 1980s rock radio, with hits like his original songs “Bad to the Bone” and “I Drink Alone”.

He has also helped popularise older songs by American icons, such as “Move It on Over,” “Who Do You Love?” and “House Rent Boogie/One Bourbon, One Scotch, One Beer”, which became staples of classic rock radio.

With his band, the Delaware Destroyers, Thorogood has released over 20 albums, of which two have been certified Platinum and six have been certified Gold. He has sold 15 million albums worldwide. Thorogood and band continue to tour extensively and in 2014 celebrated their 40th anniversary performing.

We stock an awesome George Thorogood Concert Poster from his Australian Tour in 1983. 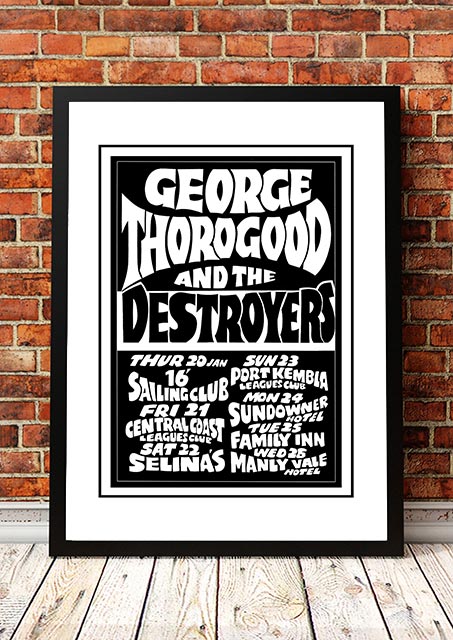