Relying on their top-notch songwriting and impeccable vocals, the Bee Gees were able to craft a long-running career that began in the late ’50s in Australia.

Along the way they became a hit-producing psychedelic pop group in England during the ’60s and the biggest disco band in the world in the ’70s, and had a late comeback as adult contemporary crooners in the ’90s.

Their long-reaching influence extended past sales figures and saw their sound and style mirrored in acts as disparate as Justin Timberlake and of Montreal.

The Bee Gees remained active until the January 2003 death of Maurice from cardiac arrest during surgery.

Following his death, Robin and Barry decided to cease performing as the Bee Gees. Their recorded legacy, however, subsequently became more visible than it had been in decades with the move of their catalog to Warner/Reprise.

The latter company began the long-awaited upgraded CD reissue of the Bee Gees’ post-1966 library, including the first-ever release of outtakes and rehearsal versions of songs.

Robin was diagnosed with and underwent treatment for cancer in 2011. He died in London in May 2012 due to complications from cancer and intestinal surgery; he was 62 years old.

Given the previous deaths of Andy (who had several number one hits and who died of an inflammatory heart virus in 1988) and Maurice Gibb, Robin was the third Gibb brother and second member of the Bee Gees to pass away.

In the wake of tragedy, Barry kept working, appearing on other people’s records, playing concerts, and releasing a solo album titled In the Now in 2016.

The next year the Bee Gees were honored at the 2017 Grammys; then their music was featured in the star-studded concert Stayin’ Alive: A Grammy Salute to the Music of the Bee Gees, which was broadcast by CBS in April. 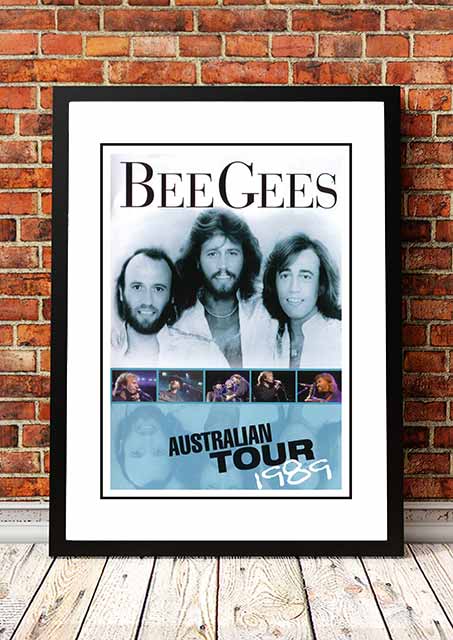