The band released its debut album, Shake Your Money Maker in 1990. The follow-up, The Southern Harmony and Musical Companion, reached the top of the Billboard 200 in 1992.

After a hiatus between 2002 and 2005, the band regrouped and toured for several years before releasing Warpaint in 2008, which hit number 5 on the Billboard chart.

After the release of a greatest hits/acoustic double album Croweology in August 2010, the band started a 20th anniversary tour that was followed by a second hiatus. After a final tour in 2013, the band finally announced its break-up in 2015.

The band sold more than 30 million albums and is listed at number 92 on VH1’s 100 Greatest Artists of Hard Rock. They were labeled by Melody Maker as “The Most Rock ‘n’ Roll Rock ‘n’ Roll Band in the World”and the readers of Rolling Stone voted them ‘Best New American Band’ in 1990. 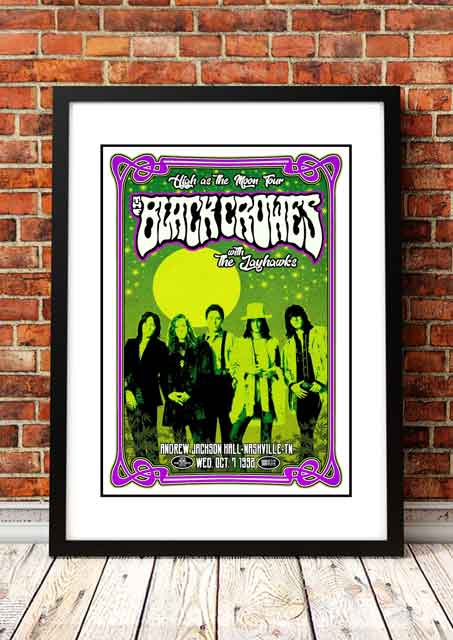