At the height of their popularity and influence, Pantera began to self-destruct.

Less than two months after the release of The Great Southern Trendkill (1996), an album ridden with allusions to drug abuse and personal destruction, Anselmo overdosed on heroin after a homecoming concert in Texas, and as tensions rose between him and his fellow bandmembers, he began engaging with a growing list of side projects that kept him away from Pantera.

A live album, Official Live: 101 Proof (1997), was compiled for release when it became evident that no new studio album was forthcoming any time soon.

One final studio album did result, Reinventing the Steel (2000), but that was more or less it for the briefly reunited Pantera.

The bandmembers once again went their separate ways, forming such bands as Damageplan, Down, and Superjoint Ritual. 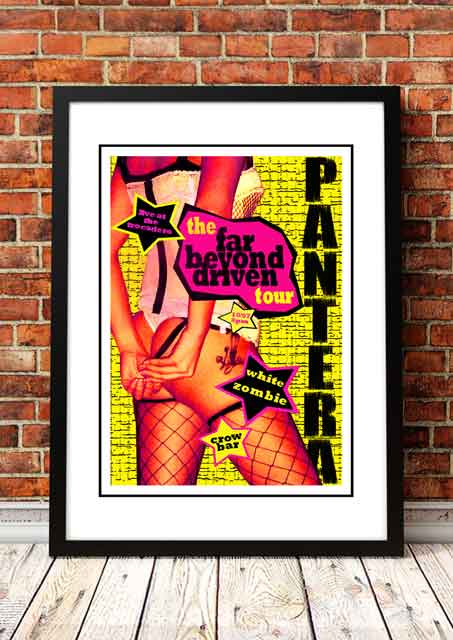 Pantera ‘Far Beyond Driven’ In Store Poster 1994
Back To Top
×