Creedence Clearwater Revival, often shortened to Creedence and abbreviated as CCR, was an American rock band active in the late 1960s and early 1970s.

Their music is still a staple of radio airplay. The band has sold 26 million albums in the United States alone. Rolling Stone ranked the band 82nd on its list of the 100 greatest artists of all time.

We stock some terrific Creedence Concert Posters from the late 60’s – early 70’s. 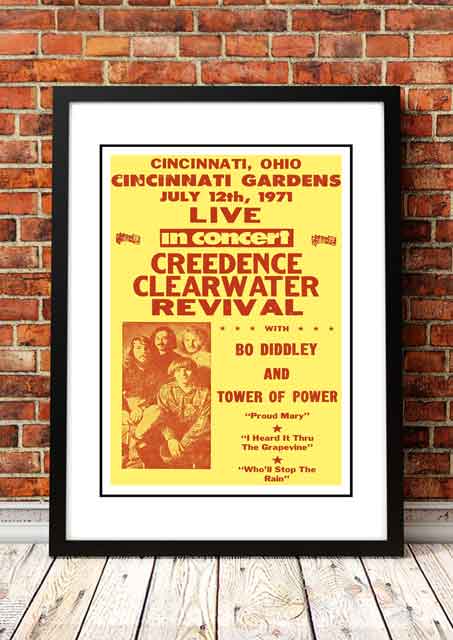