The Dingoes is an Australian country rock band initially active from 1973 to 1979, formed in Melbourne which relocated to the United States from 1976.

Most stable line-up was John Bois on bass guitar, John Lee on drums, Broderick Smith on vocals and harmonica, Chris Stockley on guitar, and Kerryn Tolhurst on guitar.

Mal Logan (who provided keyboards the first LP) on keyboards joined after Stockley was hospitalised when shot in the stomach by Melbourne drug-dealer, Dennis Allen, who was attempting to gate crash a party.

The Dingoes’ debut single, “Way Out West”, was released in November 1973, and peaked in the top 40 of the Australian Kent Music Report singles chart.

On 27 August 2009, The Dingoes were inducted into the Australian Recording Industry Association (ARIA) Hall of Fame alongside Kev Carmody, Little Pattie, Mental As Anything, and John Paul Young.

We stock an awesome Dingoes Print that was designed by Ian McCausland. 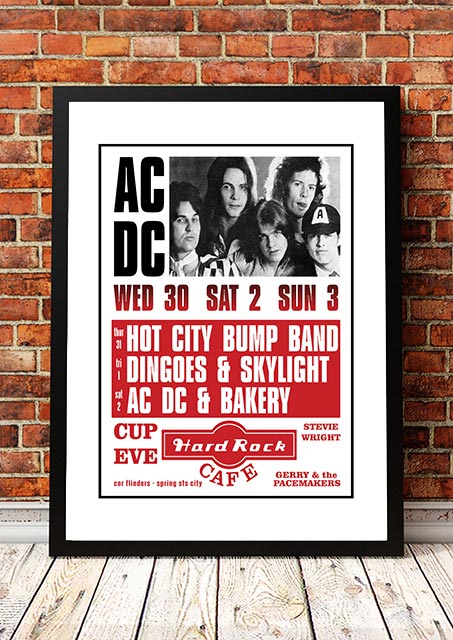