The Angels are an Australian rock band that formed in Adelaide, Australia in 1974.

The band later relocated from Adelaide to Sydney and enjoyed huge local success, clocking up hit singles across four decades, including Am I Ever Gonna See Your Face Again, No Secrets, Take a Long Line, Shadow Boxer, Fashion and Fame, Dogs are Talking plus many more.

The Angels have been cited by bands like Guns N’ Roses, and a number of Seattle grunge bands, including Pearl Jam and Nirvana, as having influenced their music.

For the purposes of international release, their music was released under the names Angel City and later The Angels from Angel City.

We stock some amazing Angels and Angel City Posters from the past 40 years. Available in different sizes and printed on high quality 230gsm paper, you’ll find no unsightly pin holes, stains or creases.

Will look fantastic framed on your man cave, office or living room wall.

PLEASE NOTE: Message us when checking out if you would like Doc Neeson’s Digital Signature added to your Poster. See the ‘2SM Chart’ Poster as an example. 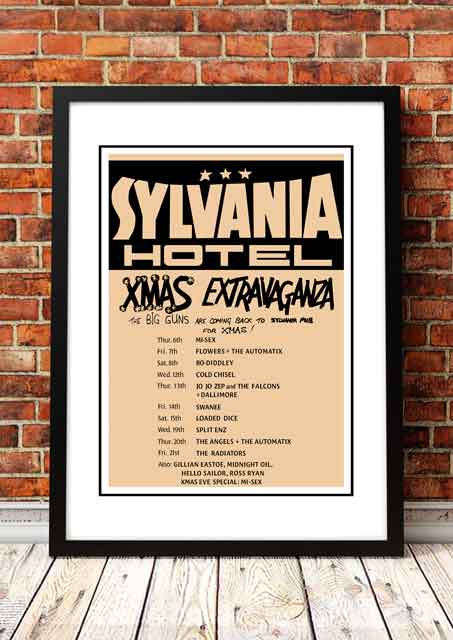