A monumental innovator, icon, and maverick, trumpeter Miles Davis helped define the course of jazz as well as popular culture in the 20th century, bridging the gap between bebop, modal music, funk, and fusion.

Throughout most of his 50-year career, Davis played the trumpet in a lyrical, introspective style, often employing a stemless Harmon mute to make his sound more personal and intimate.

It was a style that, along with his brooding stage persona, earned him the nickname “Prince of Darkness.” However, Davis proved to be a dazzlingly protean artist, moving into fiery modal jazz in the ’60s and electrified funk and fusion in the ’70s, drenching his trumpet in wah-wah pedal effects along the way.

More than any other figure in jazz, Davis helped establish the direction of the genre with a steady stream of boundary-pushing recordings, among them 1957’s chamber jazz album Birth of the Cool (which collected recordings from 1949-1950), 1959’s modal masterpiece Kind of Blue, 1960’s orchestral album Sketches of Spain, and 1970’s landmark fusion recording Bitches Brew.

Davis’ own playing was obviously at the forefront of those changes, but he also distinguished himself as a bandleader, regularly surrounding himself with sidemen and collaborators who likewise moved in new directions, including the luminaries John Coltrane, Herbie Hancock, Bill Evans, Wayne Shorter, Chick Corea, and many more.

While he remains one of the most referenced figures in jazz, a major touchstone for generations of trumpeters (including Wynton Marsalis, Chris Botti, and Nicholas Payton), his music reaches far beyond the jazz tradition, and can be heard in the genre-bending approach of performers across the musical spectrum, ranging from funk and pop to rock, electronica, hip-hop, and more. 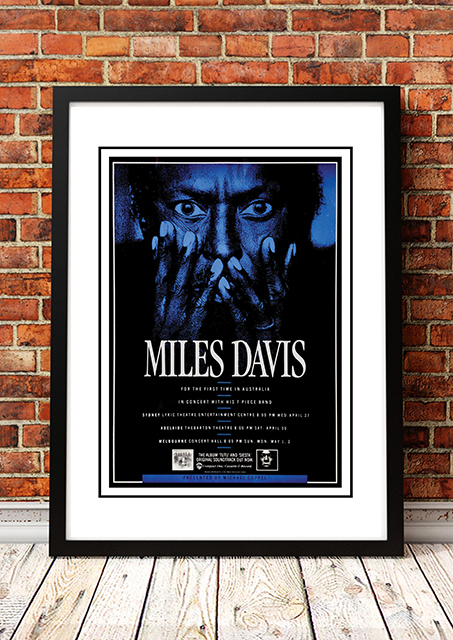