Zeke is an American hardcore punk band from Seattle, Washington formed in 1992.

They are known for their extremely fast, energetic guitar sound. Zeke mixes this with strong influences from hard rock, and occasionally blues-rock, and are often compared to Motörhead.

Zeke released a digital EP entitled Kings of the Highway in 2007. It includes the tracks “Lords of the Highway”, “Kings and Queens” and “Hay Bailer”, as well as a cover of GG Allin’s “Die When You Die”.

We stock an awesome Zeke Concert Poster from their Australian Tour in 2006. 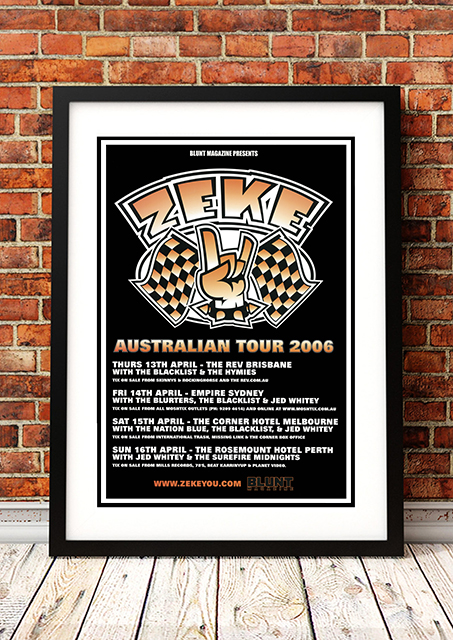