Mi-Sex evolved from the band ‘Fragments of Time’. The name Mi-Sex came from an Ultravox poem set to music titled, “My Sex” (1977).

They released their first “Straight Laddie” in 1978. Their second single, “But You Don’t Care” was released in June 1979 and their debut album, Graffiti Crimes was issued in July 1979.

The third single “Computer Games” went to No.1 in Australia, made the top 5 in New Zealand, and charted in 20 countries including Canada and South Africa.

Lead singer Gilpin died in January 1992, two months after a serious car accident from which he never recovered.

Mi-Sex reformed in 2011 with Steve Balbi (ex-Noiseworks) on lead vocals.

We stock a great range of Mi-Sex band concert posters. 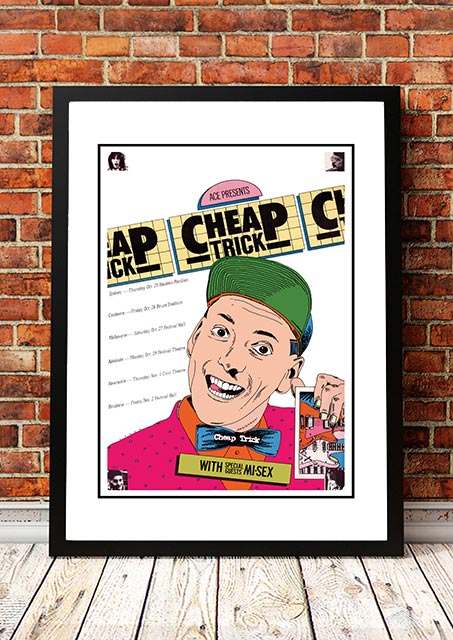