The group recorded and independently released their debut full-length album Bite Your Head Off in 2012, which was picked up by UK based metal label Candlelight Records in 2013 for worldwide release.

After extensive touring within Australia, supporting Obituary, Carcass and Thy Art Is Murder, King Parrot were invited to play a number of prominent music festivals including an appearance at the 2013 Hammersonic Jakarta International Metal Festival in Indonesia, Australia’s Soundwave Festival and the 2014 SXSW in Austin, Texas, which was part of a 45-date North American tour.

They later signed a management deal with Extreme Management Group in New York. 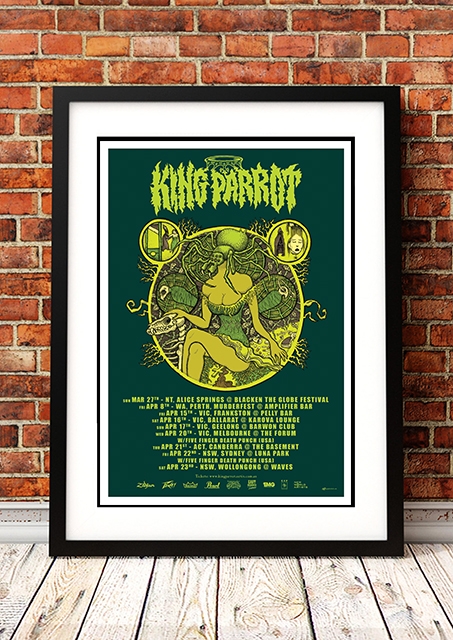