With their name “borrowed” from a Clash song (“Revolution Rock”), and influences such as Woody Guthrie, Tex Morton, and the Rolling Stones, one gets the idea that it is not easy to categorize the Australian band Weddings, Parties, Anything (W.P.A.).

And it isn’t. One part rock, one part punk/alternative, one part country, and one part whatever strikes their fancy. With experience including solo performances, and playing in Australian “bush bands,” principal writer (and leader of the band), Michael Thomas, formed W.P.A. in 1985, initially with drummer, Marcus Schintler, and later recruiting accordionist Mark Wallace, guitarist Dave Steel, and bassist Janine Hall (formerly of the band the Saints).

An independent E.P. and constant touring of Australia caught the attention of WEA Australia, who signed the band in 1987 and promptly released their debut album, Scorn of the Women.

Following the world tour to promote that release, Peter Lawler, and Marcus Schintler left the band for unknown reasons, although Peter Lawler pursued a solo career. Thomas re-formed the band, and by 1996, the new lineup of W.P.A.were ready for their first release, the independently produced Donkey Serenade.

The music style shifted somewhat from folk to a more alternative country sound. The band decided at this time to concentrate on the Australian market, and did less touring outside of the country. W.P.A. ended 1997 with a new release, Riveresque on their new label (Mushroom/Sony), and by 1998, the band decided to take a break and work on several solo projects, including Michael Thomas’ musical Wide Open Road.

We stock some awesome Weddings Parties Anything Band Concert Posters. 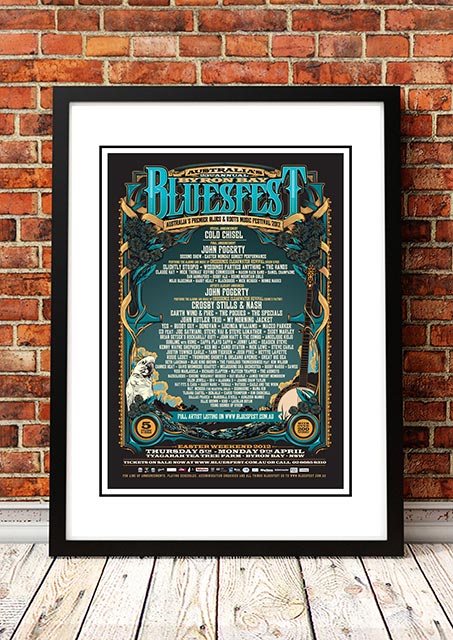