The Grates are a three-piece formed in 2002.

They were brought to national attention when a demo of their single, “Trampoline” (2004), received airplay on radio station, Triple J.

We stock an awesome Grates Concert Poster from their Australian Tour in 2005. 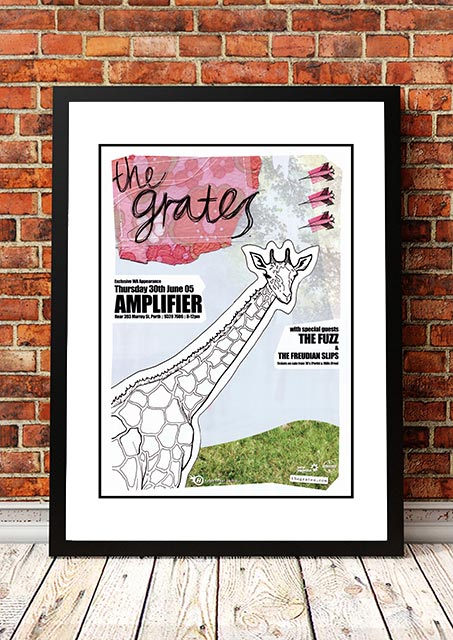 The Grates / The Fuzz / The Freudian Slips ‘Amplifier’ Perth, Australia 2005
Back To Top
×