A metal band with an alternative-rock edge, Alice in Chains was among the biggest to emerge from the grunge scene that spawned Nirvana, Pearl Jam, and Soundgarden.

Layne Staley formed Alice in Chains with an earlier line-up while still in high school. In 1987 he met Jerry Cantrell at the Music Bank, a notorious Seattle warehouse rehearsal space, and the two put together the newly christened Alice in Chains along with Cantrell cohorts Kinney and Starr.

On April 20, 2002, Layne Staley’s body was found in his Seattle apartment fifteen days after the lead singer died from an overdose of cocaine and heroin.

We stock some awesome Alice in Chains print. 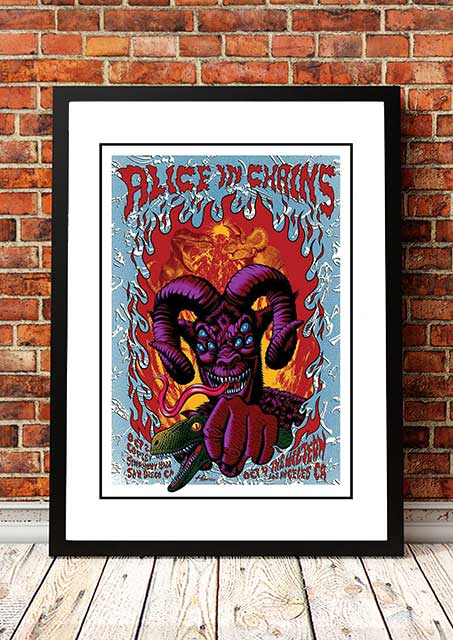 Alice In Chains ‘California’ Tour Poster 2016
Back To Top
×