Justin Timberlake may be the quintessential pop star of the new millennium, a star who jumped from platform to platform on his way to establishing himself as something bigger than a star: he was a self-sustained empire.

Timberlake began his rise as a TV star, performing on The New Mickey Mouse Club as a child in the ’90s, but he earned his superstardom as one of the frontmen for *NSYNC, the most popular boy band of the turn of the millennium.

Justin stepped away from the band just as its popularity crested, releasing the sleek Justified in 2002, its hit singles “Cry Me a River” and “Rock Your Body” establishing him as a force outside the group, and he consolidated that success in 2006 with FutureSex/LoveSounds, the album that generated his biggest hit, “SexyBack.”

After reaching this pop peak, he decided to pursue other ventures, choosing to concentrate on acting and entrepreneurship. Recurring appearances on Saturday Night Live proved to be among the show’s most popular spots and he received acclaim for his performance in the 2010 Oscar-winning film The Social Network.

After juggling numerous ventures outside the music industry, Timberlake returned to the top of the charts with help from Timbaland. 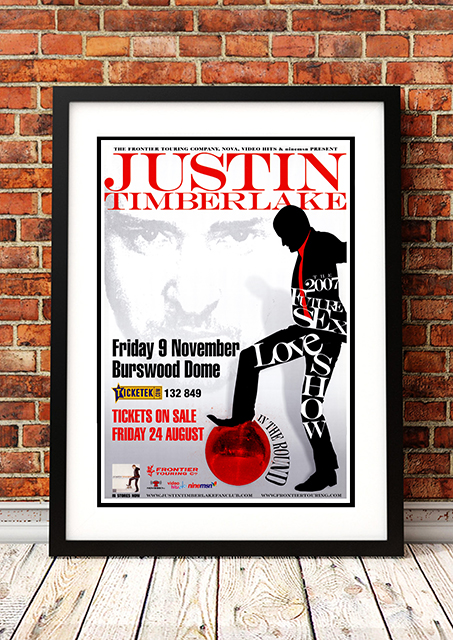