Oasis shot from obscurity to stardom in 1994, becoming one of Britain’s most popular and critically acclaimed bands of the decade in the process.

Along with Blur and Suede, they were responsible for returning British guitar pop to the top of the charts.

Led by guitarist/songwriter Noel Gallagher, the Manchester quintet adopted the rough, thuggish image of the Stones and the Who, crossed it with “Beatlesque” melodies and hooks, injected distinctly British lyrical themes and song structures like the Jam and the Kinks.

It all tied together with a massive guitar roar, as well as a defiant sneer that drew equally from the Sex Pistols’ rebelliousness and the Stone Roses’ cocksure arrogance.

Gallagher’s songs frequently reworked previous hits from T. Rex (“Cigarettes and Alcohol” borrows the riff from “Bang a Gong”) to Wham! (“Fade Away” takes the melody from “Freedom”), yet the group always put the hooks in different settings, updating past hits for a new era. 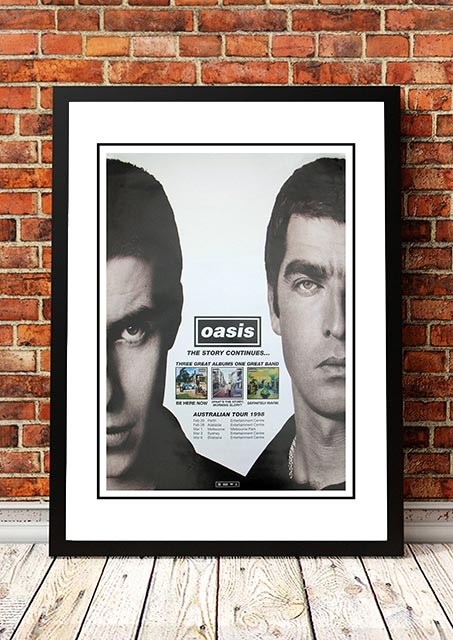