Matt Finish are an Australian rock band formed in mid-1979 by singer-songwriter and guitarist Matt Moffitt (1956–2003) and drummer, composer and producer John Prior.

In early 1978 Moffitt had formed a funk band, Matt Finnish, but it disbanded after several months.

The 1981 line-up of Moffit, Prior, Richard Grossman on bass guitar and Jeff Clayton on rhythm guitar recorded their debut album, Short Note, which peaked at No. 14 on the Australian Kent Music Report Albums Chart.

The title song, “Short Note”, peaked at No. 33 on the related Singles Chart and became a standard on Australian radio stations.

Grossman was later a member of Divinyls and Hoodoo Gurus. 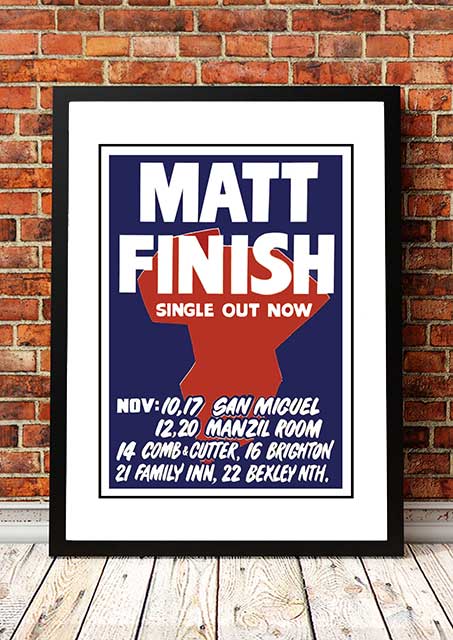