Despite their band name, Eagles of Death Metal are not a death metal band.

While the band were on stage at Le Bataclan in Paris, France, on November 13, 2015, the audience was attacked by terrorists wielding automatic rifles, grenades and suicide vests.

The death toll inside the venue was 89, including the group’s merchandise manager, but the band members escaped safely out of the venue via a door backstage.

We stock a rare Eagles of Death Metal Concert Poster from their Australian Tour in 2009. 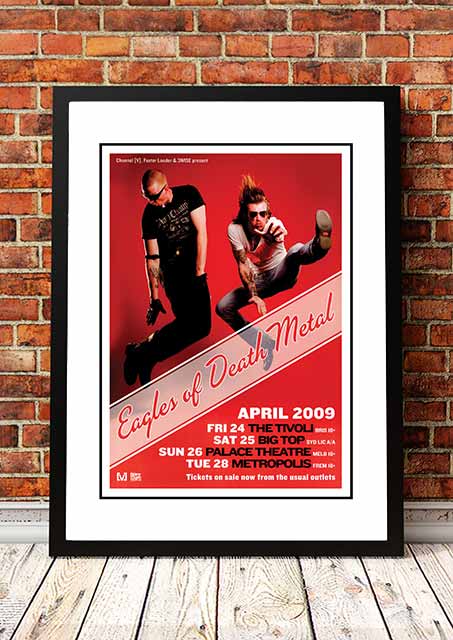 Eagles of Death Metal ‘Australian Tour’ 2009
Back To Top
×