Although formed in 1992 as a power pop trio with heavy punk leanings, Less Than Jake steadily transformed into a ska-inspired punk band with the addition of a horn section.

After Shaun became the group’s roadie, however, he was replaced by bassist Roger Manganelli, who picked up the instrument just to join the band.

Right before their first tour, however, Schaub went to Europe with friends, so saxophonist Derron Nuhfer filled in for shows during his absence.

We stock an awesome Less Than Jake Band Concert Poster. 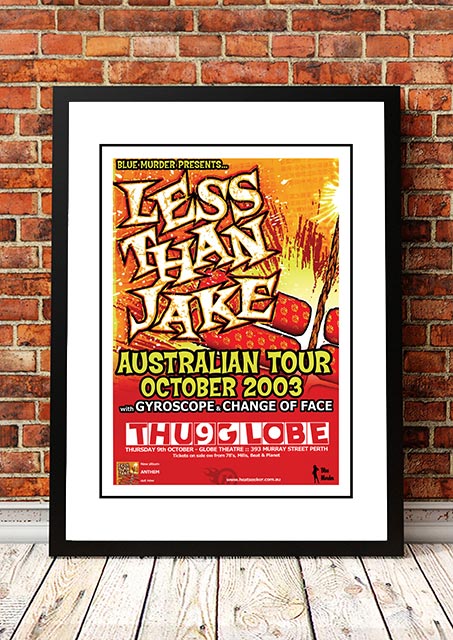 Less Than Jake / Gyroscope ‘Anthem’ Australian Tour 2003
Back To Top
×