Mötley Crüe were undeniably one of the most popular hard rock/pop-metal acts of the 1980s.

Combining the theatrics and glam of Kiss with the hard power pop hooks of Cheap Trick, the Crüe out-partied, out-rocked, and outsold most of their competition.

The band even managed to hit the pop chart with frequency with hits like “Dr. Feelgood” and “Without You.”

The combination of larger-than-life personalities that made up the L.A. band was too volatile to remain stable; singer Vince Neil and drummer Tommy Lee would drift in and out of the band from the ’90s onward, but exposure from VH1’s Behind the Music series and a tell-all autobiography kept the public’s appetite for the Crüe whetted into the 21st century.

In the new millennium the Crüe established themselves as a fashionable touring act (with Crüe Fest becoming the summer’s highest-grossing festival in 2008) while continuing to release new material. 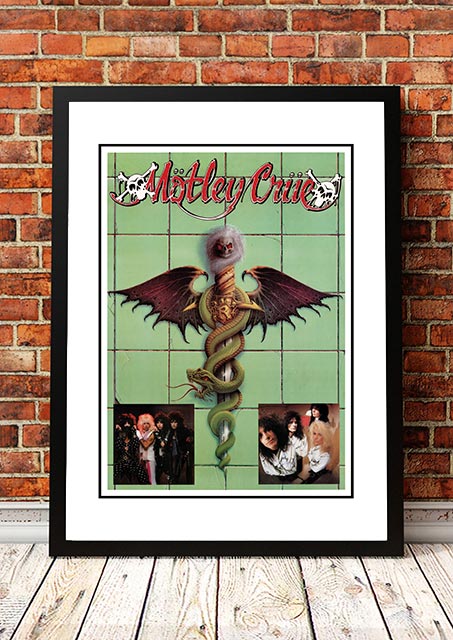