The Hitmen are an Australian hard rock band formed in November 1977.

The Hitmen reformed in 2007 whereby they undertook a set of Australian shows. Re-issues of Hitmen (November 2007), It Is What It Is (2007) and Tora Tora DTK (2009) occurred via Savage Beat/Shock Records: each with detailed liner notes and extra discs of bonus material.

A one-off gig on 23 February 2008 at The Crest Hotel, Sylvania, was recorded and released as St Valentine’s Day Massacre in October 2009. The band gigged solidly with a national tour in April 2010.

The Hitmen marked their 30th anniversary with a one-off show at the Sandringham Hotel, Newtown, in Sydney on 21 May 2010.

Another retrospective collection, Dancin’ Time, of studio and live material was released in November of that year.

The band then went into hiatus and in 2017 regrouped for a national tour to promote their compilation album, Solid as a Rock.

We stock some awesome Hitmen Prints. 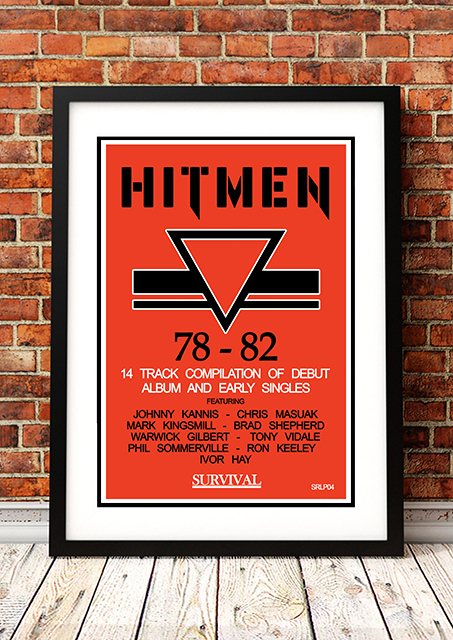