As a pioneer of the American thrash metal movement, Megadeth rose to international fame in the 1980s, but experienced numerous line-up changes, due partly to the band’s notorious substance abuse problems.

After finding sobriety and securing a stable line-up, Megadeth went on to release a string of platinum and gold albums, including the platinum-selling landmark Rust In Peace in 1990 and the Grammy nominated, multi-platinum Countdown To Extinction in 1992.

We stock some awesome Megadeth Prints. 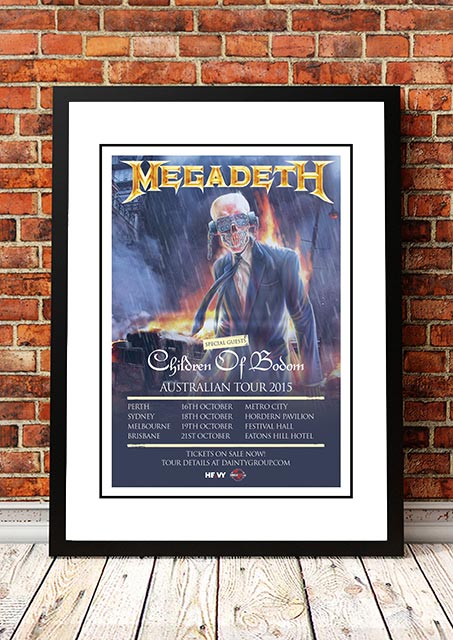