An English hard rock institution whose influence on heavy metal cannot be overstated, Black Sabbath not only pioneered the genre, they helped launch the career of one of its most colourful and controversial characters in Ozzy Osbourne.

The band distilled the smoke and strife of its industrial hometown into a punitive blast of doom-laden heavy blues-rock via bass player Geezer Butler’s dystopian lyrics, which leaned heavily on the occult, and guitarist Tony Iommi’s seismic riffing.

When paired with Bill Ward’s economical yet formidable work behind the kit and Osbourne’s primal tenor, the effect was both powerful and accessible — a blueprint for aspiring decibel pushers of every skill level.

The band formed in 1968 under the ill-fitting name the Polka Tulk Blues Band — Iommi and Ward, who had just left the pub blues outfit Mythology, were looking to take the genre in a more robust direction.

They enlisted the services of Butler and Osbourne, both of whom had played together in a group called Rare Breed, and by the end of the year were operating under the moniker Earth.

The transition from Earth to Black Sabbath took place the following year, after Osbourne and Butler penned a song that was inspired by the 1963 Boris Karloff horror film of the same name.

The resulting “Black Sabbath,” a funeral slab of blast furnace-forged dread built around the augmented fourth/tritonic interval, better known as the devil’s interval, would serve as the opening volley on their explosive eponymous 1970 debut. 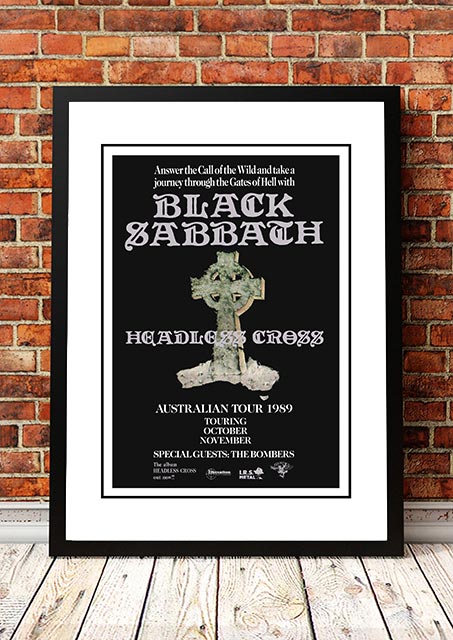