Jonny Craig built his reputation for heartfelt lyrics and mature, occasionally soul-inspired vocals through his membership with the post-hardcore bands Westerhalts, Ghost Runner on Third, and especially Dance Gavin Dance and Emarosa — the last two of which released their albums on the Rise label.

Craig has attributed his gospel and R&B influences to his grandmother, and as he grew as a singer, that part of his upbringing became increasingly prominent.

Despite struggles with substance abuse, he has had a remarkably productive and varied career — one that has also involved recordings with Isles & Glaciers, as well as several guest appearances.

His first solo album, A Dream Is a Question You Don’t Know How to Answer, was issued on Rise in 2009 and was his most restrained and nuanced work to that point. 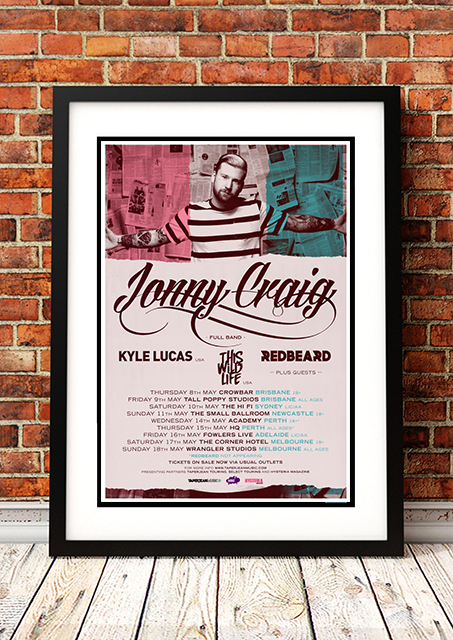