Other ideas they had to name their band were the “Tina-Trons” and “Felini’s Children”. When they first jammed, Strickland played guitar and Wilson played congas. The band’s name comes from a particular beehive hairdo resembling the nose cone of the aircraft of the same name.

Keith Strickland suggested the name after a dream he had had one night, of a band performing in a hotel lounge. In the dream he heard someone whisper in his ear that the name of the band was “the B-52s.”

We stock a fabulous B52’s band poster of their Australian Tour from 1980 that was designed by legendary photographer George DuBose. 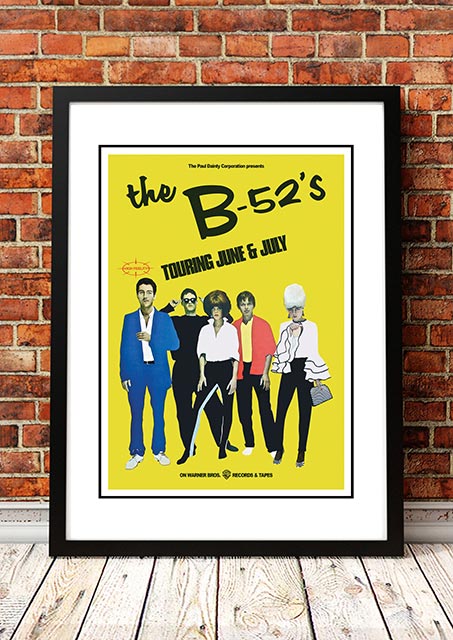