The group (named in reference to a line from Ted Nugent‘s Double Live Gonzo! LP) debuted in 1998 with the album Let Them Eat Pussy, originally issued on Amphetamine Reptile.

An underground favorite, the record was reissued on major label Mercury later that same year, and the song “Fried Chicken and Coffee” was nominated for a Grammy for Best Heavy Metal Performance.

The album came out on TVT and helped maintain their cult following, but further progress was blocked by a lack of label support.

A successful tour and several soundtrack and compilation appearances kept Nashville Pussy busy in the interim before they moved to Artemis for 2002’s Say Something Nasty.

The live DVD Keep on F*ckin’ in Paris! appeared in 2003. The band returned two years later with the Get Some! LP. It was followed in 2009 by From Hell to Texas, the band’s first album for SPV/Steamhammer Records.

In 2014, Nashville Pussy returned with their sixth studio album, Up the Dosage. 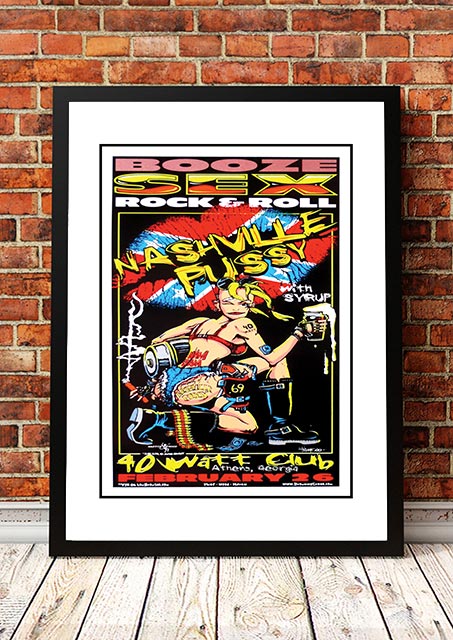