At the start of their career, Talking Heads were all nervous energy, detached emotion, and subdued minimalism.

When they released their last album about 12 years later, the band had recorded everything from art-funk to polyrhythmic worldbeat explorations and simple, melodic guitar pop.

Between their first album in 1977 and their last in 1988, Talking Heads became one of the most critically acclaimed bands of the ’80s, while managing to earn several pop hits. While some of their music can seem too self-consciously experimental, clever, and intellectual for its own good, at their best Talking Heads represent everything good about art-school punks.

And they were literally art-school punks. Guitarist/vocalist David Byrne, drummer Chris Frantz, and bassist Tina Weymouth met at the Rhode Island School of Design in the early ’70s; they decided to move to New York in 1974 to concentrate on making music.

The next year, the band won a spot opening for the Ramones at the seminal New York punk club CBGB. In 1976, keyboardist Jerry Harrison, a former member of Jonathan Richman’s Modern Lovers, was added to the lineup.

By 1977, the band had signed to Sire Records and released its first album, Talking Heads: 77. It received a considerable amount of acclaim for its stripped-down rock & roll, particularly Byrne’s geeky, overly intellectual lyrics and uncomfortable, jerky vocals. 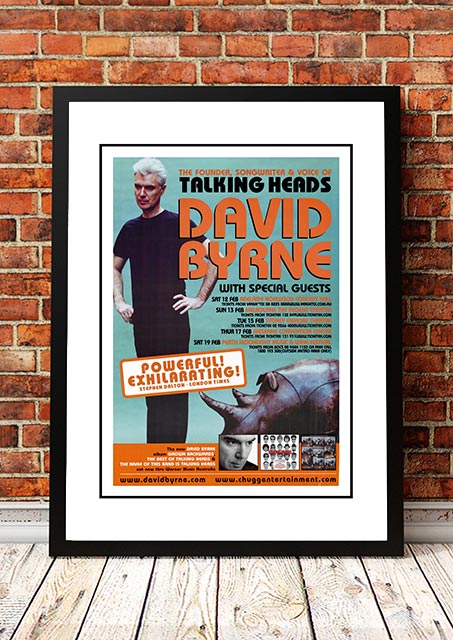