Conjuring a fiendish witches’ brew of primal rockabilly, grease-stained ’60s garage rock, vintage monster movies, perverse and glistening sex, and the detritus and effluvia of 50 years of American pop culture, the Cramps are a truly American creation much in the manner of the Cadillac, the White Castle hamburger, the Fender Stratocaster, and Jayne Mansfield.

Often imitated, but never with the same psychic resonance as the original, the Cramps celebrate all that is dirty and gaudy with a perverse joy that draws in listeners with its fleshy decadence, not unlike an enchanted gingerbread house on the Las Vegas strip.

The entire psychobilly scene would be unthinkable without them, and their prescient celebration of the echoey menace of first-generation rock & roll had a primal (if little acknowledged) influence on the rockabilly revival and the later roots rock movement.

The saga of the Cramps begins in 1972 in Sacramento, CA, when LSD enthusiast and Alice Cooper fan Erick Purkhiser picked up a hitchhiker, a woman with a highly evolved rock & roll fashion sense named Kristy Wallace.

The two quickly took note of one another, but major sparks didn’t began to fly until a few weeks later, when they discovered they were both enrolled in a course on “Art and Shamanism” at Sacramento City College.

These two lovebirds were soon sharing both an apartment and their collective enthusiasm for the stranger and more obscure sounds of rock’s first era, as well as the more flamboyant music of the day.

Their passion for music led them to the conclusion that they should form a band, and Kristy picked up a guitar and adopted the stage name Poison Ivy Rorschach, while future vocalist Erick became Lux Interior, after short spells as Raven Beauty and Vip Vop.

Ivy and Lux hit the road for Ohio, and after living frugally in Akron for a year and a half, they made their way to New York City in 1975 in search of stardom. 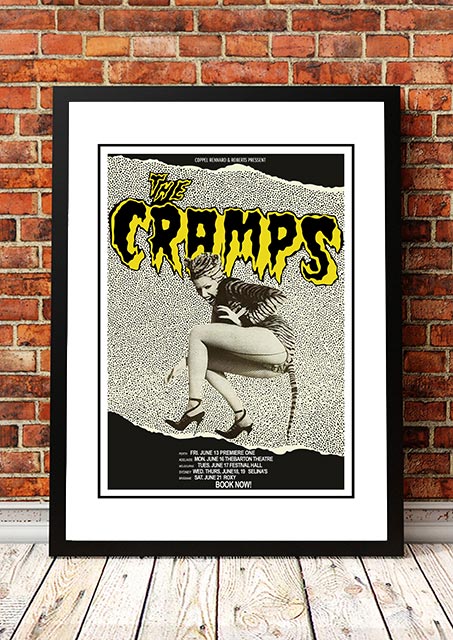